Fake news and fake content are hype topics in this era. So many researchers, writers, journalists and educators are exploring this field.

We like the idea of inviting some of them here, in order to show different and illuminating points of view on fake content/news. In this section of the Navigate website you’ll find some of these contributions.

“An interview with Jack Werner: Fake News – we’re easily fooled by our own brains”, by Vasil Zagorov

“Fake or Fictional News – The Truth is Out There. A reflection on the phenomenon of fake news”, by Chergar

“On a Fake Interview with the Dutch Premier Mark Rutte”, by Chergar

“Vasil Levski’s letter before his death”, by Chergar 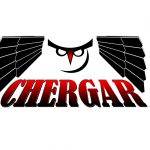 Chergar, Chergar Chergarov or Chergar Strider is an anonymous Bulgarian blogger, who created the first Bulgarian site for fiction (fake) news in September 2008 entitled Byzikiliiks – The Truth as It Could have Been!? Or A Private Theory of Improbabilities”. His blog was fast to gain popularity mostly due to the fictionalized interviews with Bulgarian and foreign people from the business, politics and culture circles. His publications raised a number of scandals locally and internationally and more often than not influenced the public opinion on contentious issues. For the most part, his publications are still disseminated and taken for real, and the author himself has been perceived with ambiguity by the Bulgarian society.

Serious games also known as applied games are interactive group of games that allow players to carry out activities that enable them to practice and achieve skills (Walz, Deterning, 2015). A key characteristic of serious games is that they augment the moment of pleasure with knowledge and skills use...

Augmented Reality is an enhanced version of reality created by the use of technology to overlay digital information on an image of something being viewed through a device such as a smartphone camera (Augmented reality n.d.) or it is a system that enhances the real world by superimposing computer-gen...

The Immersive Technology creates distinct experiences by merging the physical world with a digital or simulated reality (An introduction to immersive technologies 2020). Since immersive technology leverages the 360 space/sphere, users can look in any direction and see content. Some types of immersiv...

The term „soft skills“ is used to indicate a set of intangible personal qualities, traits, attributes, habits and attitudes that can be used in many different types of jobs. As they are broadly applicable they are also seen as transferable skills. Examples of soft skills include: empathy, leader...

World Economic Forum defines the Fourth Industrial Revolution as a fundamental change in the way we live, work and relate to one another. It is a new chapter in human development, enabled by extraordinary technology advances commensurate with those of the first, second and third industrial revolutio...