“Fake News: we’re easily fooled by our own brains”

An interview with Jack Werner by Vasil Zagorov 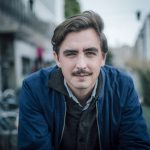 Biography: Jack Werner is a freelance journalist and writer. In 2014 at the free daily Metro, he co-founded the prize-winning fact-checking effort Viralgranskaren. He is a popular lecturer on critical thinking on social media, and the author of two books, on creepypasta, ghost stories on the internet, (2014) and fake news and urban legends on social media (2018). Since 2015, he runs the podcast Creepypodden, a bi-weekly podcast about ghost stories with over 130 000 listeners.

VZ: Fake News have become the slogan of the 21st century. Will you try to give a brief definition of Fake News?

JW: The issue with the term Fake News is that it’s not at all defined. Depending on the context and who’s listening, it can be interpreted as meaning everything from propaganda and outright lies to misunderstandings and shoddy journalism. To top that off, it’s a heavily politicized term, which in turn makes it even less defined and even destructive. A study from University of Texas at Austin, for example, found that, when people are exposed the term Fake News, their ability to tell real from fake stories decreased. In other words, my definition of Fake News is “an undefined pejorative that should not be used”. We should rather use the already existing terms to discuss whatever it is we’re looking at on social media: propaganda, lies, bad journalism or misunderstandings.

VZ: Why do people seem addicted to be deceived? They often ignore credible facts and sources and support with devotion what they have learned from Fake News.

JW: Our political views are rarely based on the facts. Rather, we build a political identity on the time when we grew up, our surroundings and what we inherit from back home. Changing one’s mind on a fundamental issue is a very complicated and long process which we don’t just throw ourselves into, and most of all not because we read something online. On the contrary, we tend to look for proof that we were right in our ideas and political views all along, on social media as well as in the physical reality. Studies done in France and the United States shows that supporters of Trump or le Pen actually do accept facts even if they’re contradicting whatever it is Trump or le Pen is saying. They don’t, however, change their mind about voting for Trump or le Pen. We’re not easily fooled by stuff on social media, we’re easily fooled by our own brain.

VZ: In your opinion what is the recipe for writing good/ influential Fake News?

JW: I’m going to interpret Fake News as propaganda in this instance. If you want to intentionally deceive lots of people, find out what they already believe to be the case and reinforce it using an emotional anecdote or story that is close enough to the truth for people to accept it even if they realize it might be simplified and weaponized. There are many good historical examples of this, in Soviet and Nazi Germany for example. Propaganda is nothing new.

VZ: What do you think are the main goals of Fake News distributors?

JW: Again, it depends on what you are talking about when you’re calling it Fake News. “Fake News distributors” could be you and me, because both you and I have shared something that was wrong in the belief that it was correct. What were our main goals? Probably to present evidence that our world views are the correct ones. Some authors of propaganda posts on social media do it because it can make them a little money out of the ads they’re also posting, others are doing it to try and change minds of their readers or to mobilize their base voters. In many cases, I think people really believe in what they’re publishing and that they’re doing it for a good cause. If the author believes that what they’re saying is true and important, can it really be called Fake News? Or is it something else entirely? You’re not going to solve the issues of fraudulent content on social media if you don’t see it for what it is, and by calling it Fake News you’re making its specific nature less clear.

VZ: What is your favorite Swedish Fake News case?

JW: This spring I released my latest book, about hoaxes, propaganda, false identities and urban legends on social media, and the book’s title came from a comment posted on Facebook. This was a few years ago, when a satirical article was going viral. The article was about a nine years old girl, Alva, who supposedly brought her phone with her to school, and the phone had the picture of the Swedish flag on it. The principle gave her detention, because, as he claimed, it was racist to use the Swedish flag. (This alludes to a fear among nationalists and social conservatives that the Swedish flag is being viewed as a symbol of racism by leftist, which is not true.) The story was shared in a Facebook group, where it was fact-checked by some who called it out as satire and a hoax. A man in the comments who presumably were mad even though the story was not true reacted to this, saying – and I quote: “I don’t care that it’s fake, it’s fucked up anyways”. To me, this quote is great, because it symbolizes what all of us are thinking whenever we see something as proof of our world view, even though it’s not true. None of us care if it’s fake. It’s fucked up anyways.

VZ: What is your favorite world Fake News affair?

JW: I think Craig Silverman’s news story about the news bureau Central European News, who regularly put out false or exaggerated stories that was accepted as true by several respected news outlets internationally over a period of several years, is the best reminder that even journalists can be a part of the problem instead of the solution.

VZ: What do you think of Internet phenomena such as the Momo Challenge and other deviations in the Web?

JW: I view them as sort of a Rorschach test, showing what you want to see in them. For kids, they are merely a sort of games – supernatural and scary. In the same way, they have been playing with Ouija boards and calling for “Bloody Mary” in their mirrors for decades, they’re doing something similarly on social media: trying to find and interact with a representation for what is scaring them. To their parents and teachers, however, who don’t realize it’s just basically the same ghost stories they themselves have been telling during their childhood, it’s a representation of all that is dangerous out there on the internet. They consider it a real threat. The kids take it seriously just the same way they take a ghost story seriously, but the older generation takes it seriously the same way they take a report about a new drug or internet bullying seriously. That’s a fundamental dissonance that’s bound to create confusion.

VZ: Is there actually a road map for avoiding Fake News? What role can libraries play in countering Fake News?

JW: There’s probably no way of never becoming fooled by your own perception and confirmation bias, sadly. There are, however, ways of educating us in critical thinking and media literacy. We need to learn what kind of work goes into a journalistic effort that separates it from just writing what you think is true, and what ethical and moral considerations a journalist do before they publish a story. We need to learn how our technological surroundings work, how Facebook works, how Google presents our results, and what fundamental things to check for before passing something on, and we need to learn that most stories have precursors in the urban legends that was circulating decades ago. We should probably create an understanding of critical thinking that it is sort of a whodunit story – an exciting endeavor that actually will enable you as a subject to enrich your information environment. All these steps are easier and more feasible if you have access to a library and people educated in handling and searching for information. It’s one of the most important institutions going forward.